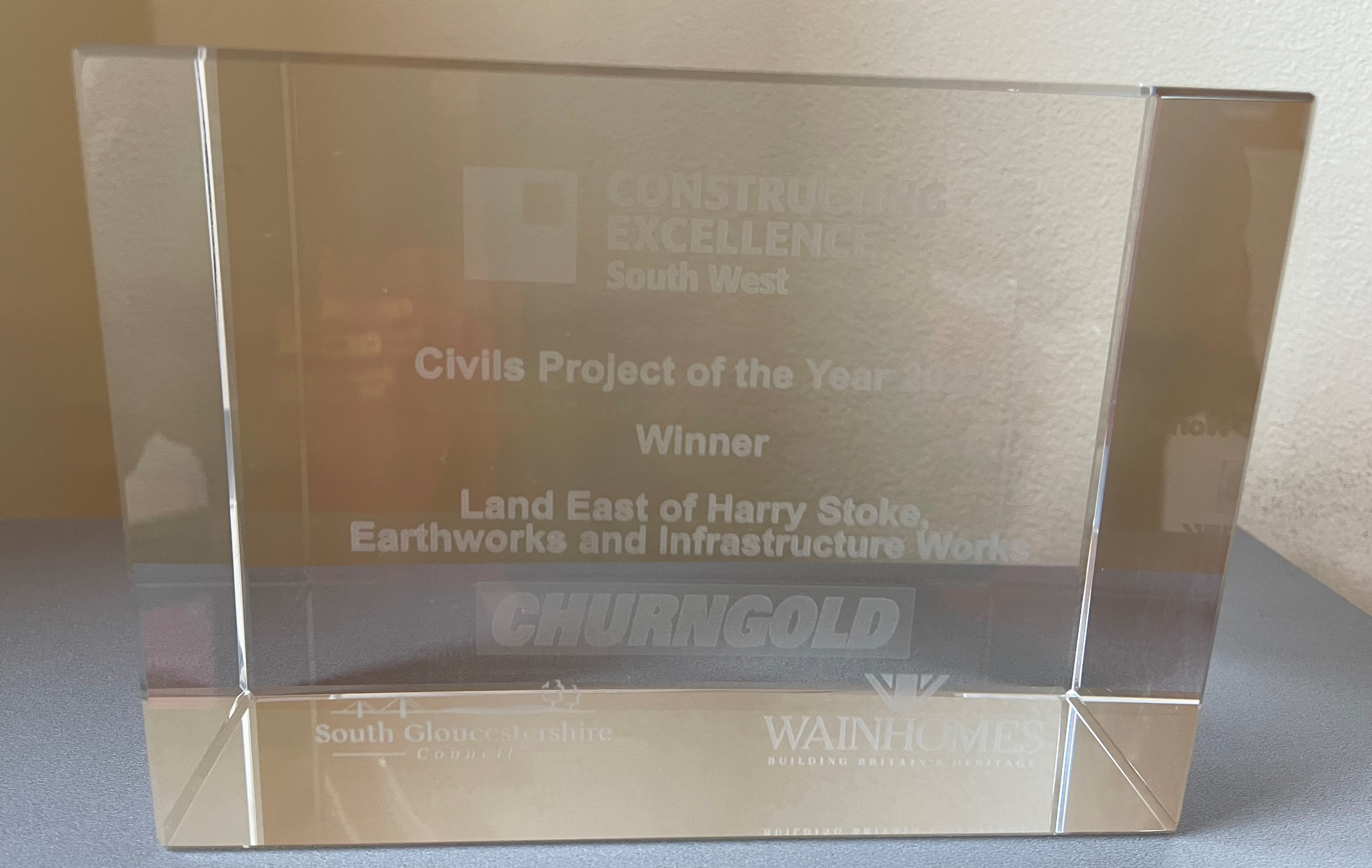 Andrew Brown Churngolds MD said “ Constructing Excellence promotes excellence and best practice in our industry though collaboration, early contractor involvement and innovation, which is something Harry Stoke has done in spades throughout the project. From our initial negotiated procurement with both Wainhomes and South Gloucestershire Council, the early involvement of our design team and supply chain, combined with in house our 3D modelling capability allowed us to deliver significant value engineered and improved solutions throughout the project. We then delivered a quality project on site aided by regular Drone use which ensured we could monitor where we were quickly and simply and react accordingly. Wainhomes have been very impressed how we have helped them on this project, which has already led to further negotiated works with them going forward, with certainly more to follow, so well done to Dave Hall and the entire team.”