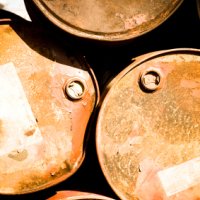 We give you options

Hydrocarbons in whatever form are generally the most common contaminant that requires remediation due to their widespread occurrence and the risks they pose to human health and controlled waters.

Total Petroleum Hydrocarbons (TPH) is a term used to describe hydrocarbon compounds derived from Petroleum Sources. Common fuels such as Petrol, Diesel and Kerosene and Lubricating Oils/Greases all fall within the TPH banner. Due to the diversity of compounds that comprise TPH and the environmental and human health risks they pose the remedial methods used to address them need to be considered on a site-specific basis.

Although hydrocarbons are simple organic substances (comprising only carbon and hydrogen) there are a huge number of different compounds, each exhibiting different chemical and physical properties. To rationalise the behaviour of TPH once released into the environment it is easiest to look at the structure and size of specific compounds. TPH compounds that have an aliphatic structure (i.e. straight or branched chains of carbon molecules) will behave differently to aromatic compounds (ringed chains of carbons). Similarly TPH compounds that have less carbon molecules will also act differently.


Lighter end TPH compounds (i.e. less than 16 carbon atoms) tend to be more mobile due to greater solubility, greater volatility and lower organic partitioning coefficients. Lightweight aromatic compounds, such as benzene, are also more toxic making them of greater concern if released into the environment. Heavier TPH compounds typically have opposing properties, tending to adsorb into the organic fraction of soil. Heavier aromatic compounds, referred to as Polycyclic Aromatic Compounds (PAH), can also have higher toxicity and are typically more persistent in the environment. PAH's are commonly found in coal tar, heavy oils and creosotes.

Typically the majority of TPH mass will be partitioned within the soil phase. In certain instances TPH can also be encountered as a phase separated liquid, which due to its buoyancy results in them floating on the surface of the water-table. Commonly phase separated TPH is referred to as Light Non-Aqueous Phase Liquid (LNAPL). A percentage of TPH will also be dissolved into the groundwater or trapped as a vapour within the soil ‘pore-space’ in the unsaturated zone. The exact split between phases is linked to the original composition of the source, geological and hydrogeological conditions and the age since the spillage occurred.

Due to the diversity of TPH compounds a range of remediation technologies may be applicable. If an ex-situ approach can be applied then the most common solution is

However there may be instances where other techniques may be considered such as soil washing or thermal desorption as examples.

For dissolved phase contamination methods include:

There are numerous methods by which to induce biological remediation while there are also an increasing number of chemical oxidants that can be considered.